In response to the damage done by high-intensity “atmospheric river” storms that hit Northern California this month, the Placer County Board of Supervisors today approved a declaration of emergency due to extensive damage. The board’s action ratifies a declaration by the county’s director of emergency services made January 17.

The storms caused widespread flooding throughout the county as rain fell at a rate of almost an inch an hour. As the storm progressed throughout the week, significant precipitation continued to fall up to mountain-peak levels. The high-altitude rain melted snow and created significant amounts of runoff, which in turn caused creeks, streams and rivers to overflow and flood surrounding areas. Later in the week the mountain rain transitioned to record snowfall, while lower elevations continued to receive significant rain. 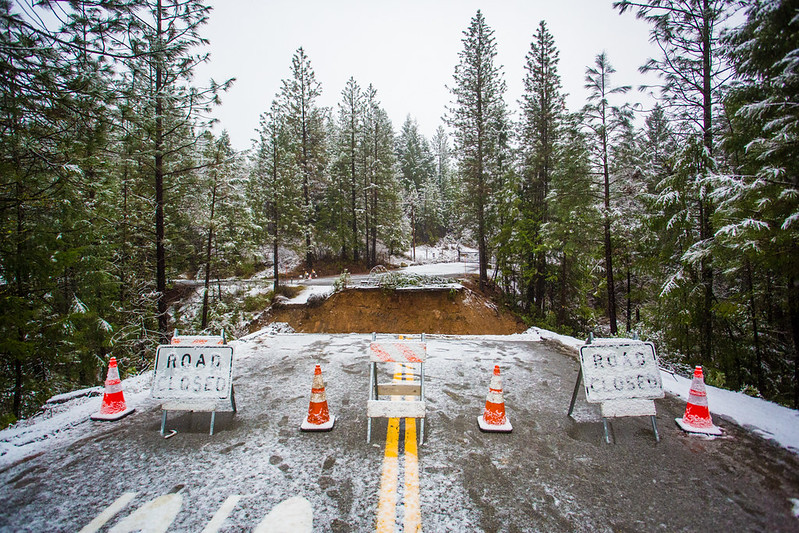 Saturated ground and winds caused trees to fall and take down power lines. Large portions of the Lake Tahoe Basin were without power for more than five days and some residences were without power more than a week after the storm has passed. Lack of electricity, downed trees and telephone lines, and long-term closures of major roads have taxed the operations of local emergency responders, negatively affected residents and damaged or destroyed an initial estimate of $8 million worth of public infrastructure.

Placer County road crews worked around the clock to keep county roads clear, plowing the 400 miles they’re responsible for from Colfax to the state line. Crews plowed the roads enough during the week to travel a total of 17,000 miles, or 70% of the way around the globe.

North Tahoe ski resorts accumulated as much as 12 feet of snow in a seven-day period during the storm and much of the damage above the snowline remains buried beneath the snow and hasn’t yet been identified. Placer County lacks the capability and local resources to deal with this disaster.

State law allows local governments to proclaim a local emergency when disaster conditions overwhelm the capabilities of local services, personnel, equipment and facilities. The proclamation will aid the county in its efforts to seek state funding and support recovery operations throughout the county. The state of California declared a state of emergency January 23.