The inception of the Placer County Sheriff’s Honor Guard can be traced to a handful of deputies who felt a desire to attend the funerals and show respect for peace officers who had died in the line of duty. What started out in the 1970s as a small group of deputies taking extra care and diligence in the care of their uniforms has evolved into a group of 15 deputies and sergeants who have invested time and great effort to become an effective ceremonial unit. 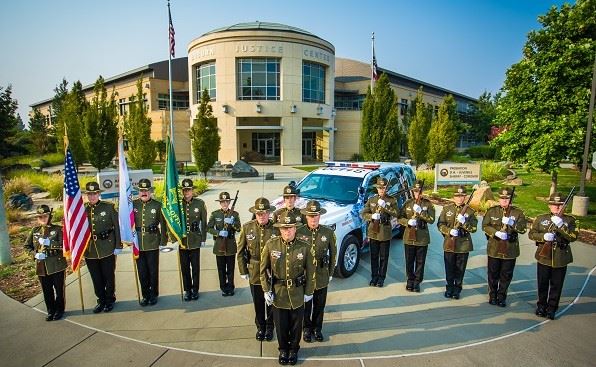 Additionally, they post the national, state and departmental colors at many community events, including departmental and regional law enforcement award ceremonies. Some of the most solemn events include attendance at the California Peace Officers’ Memorial ceremony in Sacramento each May, as well as attending the funerals of peace officers who have died in the line of duty throughout California and Northern Nevada. The Honor Guard considers it a great honor to be involved in these affairs and members take great pride in representing the more than 650 talented, dedicated, and professional men and women of the Placer County Sheriff’s Department. 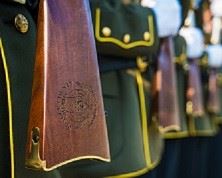 The Honor Guard currently utilizes the M-1 Garand rifle for ceremonial duties. The new Henry Lever Action rifles are used for the 21 gun salute. An Honor Guard bagpiper and bugler are used when appropriate.

Members receive regular training. The unit’s goal is to never be satisfied or content with present abilities, but always strive to achieve a higher level of capabilities. Our devotion to duty and desire to honor those that have gone before us drives us to excel. Vires quod veneratio! 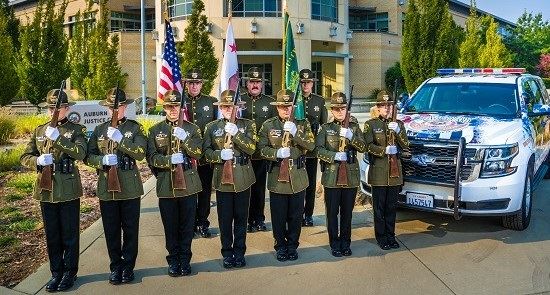