The Placer County Sheriff’s Office K-9 units serve our community 24 hours a day, 365 days a year. The K-9 unit has allocations for six Deputy Sheriff K-9 teams assigned out of the Auburn and South Placer area, and two allocated to the North Lake Tahoe station. The unit is led by a patrol Sergeant who also serves as a K-9 handler. The canines assigned to field operations are trained in locating and apprehending violent criminal suspects, crowd control and narcotics and firearms detection. The corrections division currently has four single purpose narcotics K-9s in both the Auburn and South Placer jail facilities.

Due to their extraordinary sense of smell, our canines can search extremely large areas in a fraction of the time it would take multiple Deputy Sheriff’s to complete. This makes the job safer for Deputies and can save hundreds of man hours per year, allowing Deputies to be available for more proactive policing and quicker response times.

The K-9 unit participates in hundreds of hours per year out in the community that we serve. We provide education to elementary schools, local businesses and participate in numerous community events such as the Placer County Fair, National Night Out and Day with a Deputy. If you would like the K-9 unit to speak to your organization or would like to meet a K-9 team, please contact the unit Sergeant for additional information.

The Sheriff’s Office K-9 unit is made up of the following teams: 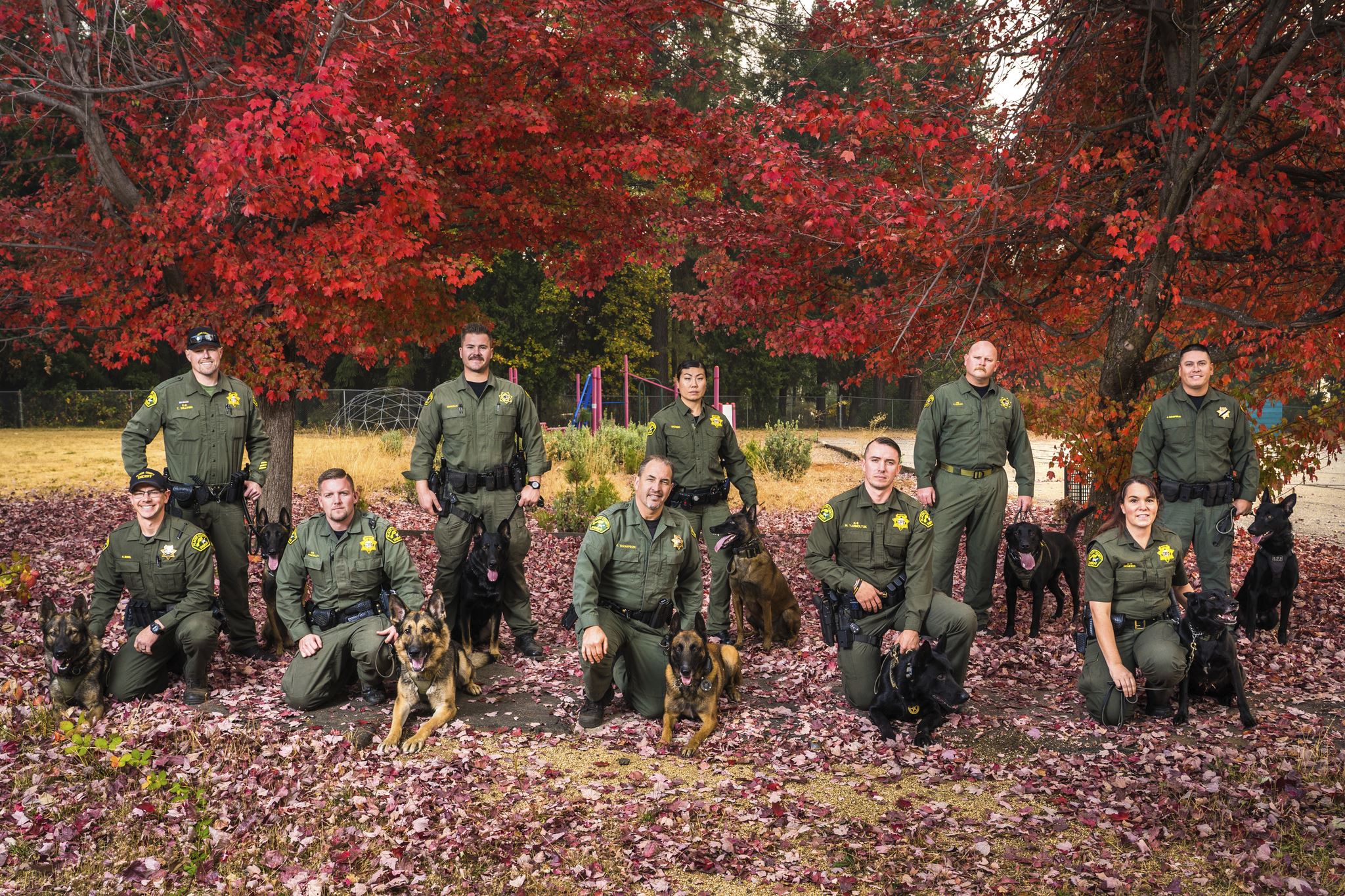