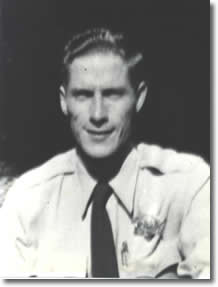 Placer County Deputy Sheriff Richard A. Sheppard was killed in an automobile accident on September 6, 1955, while pursuing a stolen vehicle in Tahoe Vista, Lake Tahoe, California. He was 28 years old.

Richard was a resident deputy out of the North Lake Tahoe Station and had served for less than one year. He was survived by his daughter and was a veteran of World War II.