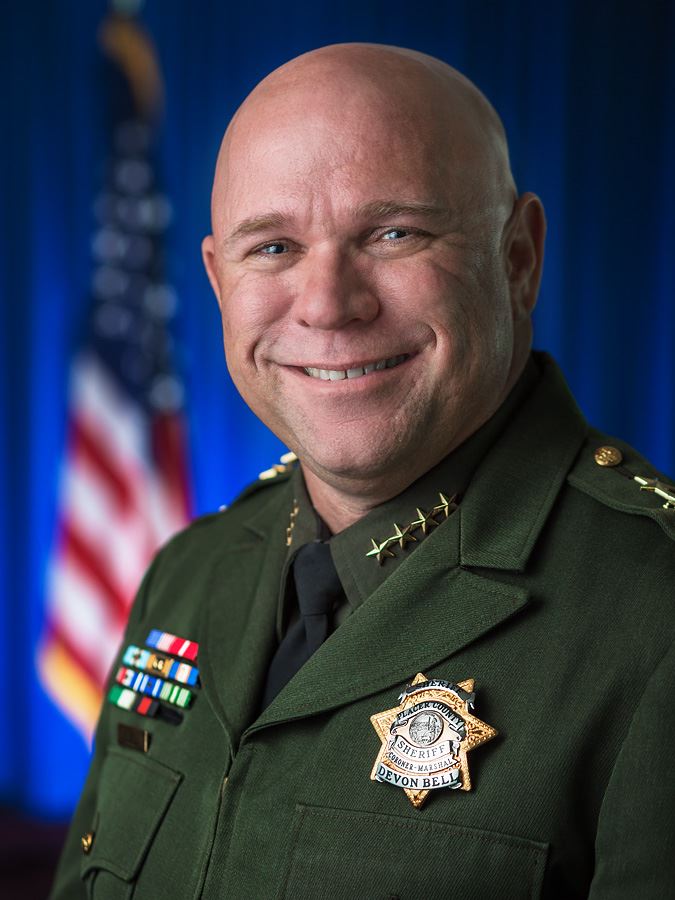 Sheriff Devon Bell began his career as a Deputy with the Placer County Sheriff’s Office in 1992. He worked a wide variety of assignments within the organization including Corrections, Patrol, Support Services and the Special Investigations Unit. As a Sergeant, he was assigned to the North Lake Tahoe Station for nearly two years in Field Services. He later transferred to the South Placer Station where he directed the Community Services Unit which includes schools, youth services, and volunteer programs. Bell then promoted to Lieutenant in the Support Services Division and later was promoted to the rank of Captain overseeing that division. In December of 2006, he was named as Placer County’s first ever Assistant Sheriff. The position was created because of the tremendous growth and need for administrative support.

In November of 2007, Assistant Sheriff Bell promoted to the rank of Undersheriff. In this role, he was responsible for the operations of the Sheriff’s Office, assumed command of agency in the absence of the Sheriff, and maintained appropriate oversight of employee conduct.

In February 2017, the Placer County Board of Supervisors appointed Devon Bell as Sheriff to fulfill the term of the outgoing Sheriff Ed Bonner. In the primary election of 2018, Devon Bell was elected as Sheriff by the citizens of Placer County.

Devon, a father of four and grandfather of two, currently resides in Roseville with his wife Sue.