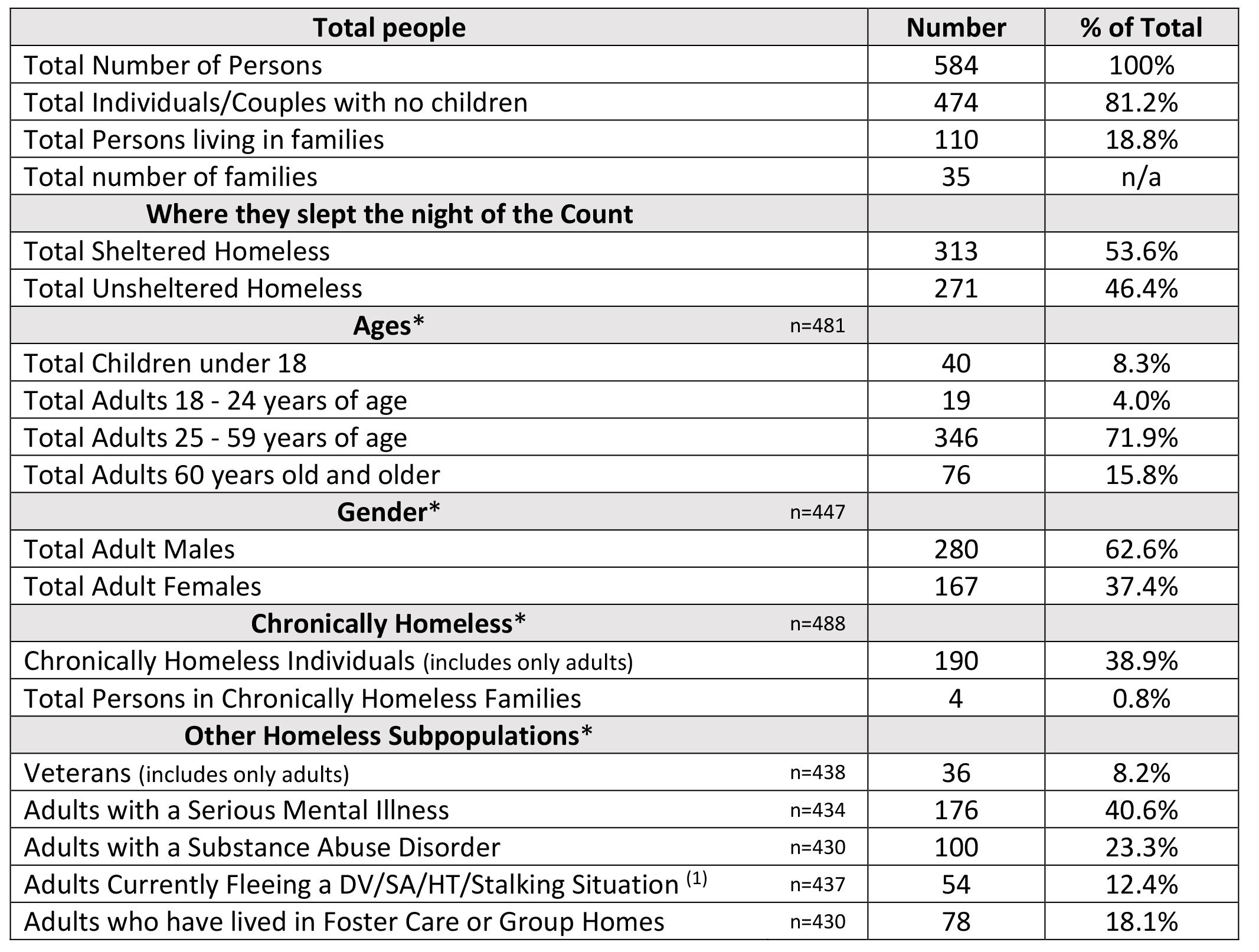 The number of homeless individuals in Placer County decreased slightly in 2018 compared to the previous year, according to county results from the annual point-in-time count published today by the Homeless Resource Council of the Sierras. HRCS is the lead agency in the region's Homeless Continuum of Care, composed of numerous local government and nonprofit agency partners.

“We are encouraged to see signs that the efforts we’ve made around housing, along with comprehensive services to address barriers from mental health challenges to substance use, appear to be bearing fruit,” said Leslie Brewer, board president of the Homeless Resource Council of the Sierras.

In the last year alone, Placer County’s Health and Human Services Department has worked with community partners including the Sutter Health Foundation and AMI Housing to purchase and open three buildings offering more than 30 units of permanent housing for homeless individuals. More than 100 people have been enrolled in intensive case management through the county’s Whole Person Care pilot program. The county has also invested in housing coordinators and in emergency shelter services in North Auburn and south Placer. January marked the launch of the Homeless Resource Helpline (1-833-3PLACER), a telephone gateway to housing resources for homeless people.

Of adults who responded to detailed survey questions, 39 percent were chronically homeless. Forty-one percent reported having a serious mental illness, and 23 percent had a substance use disorder.

Point-in-time counts are not a comprehensive measure of an area's homeless population, but rather snapshots from a single day that can be used to approximate broad trends. Typically, they are viewed as undercounts for a community's yearly overall homeless population because many people may move in and out of homelessness throughout the year.