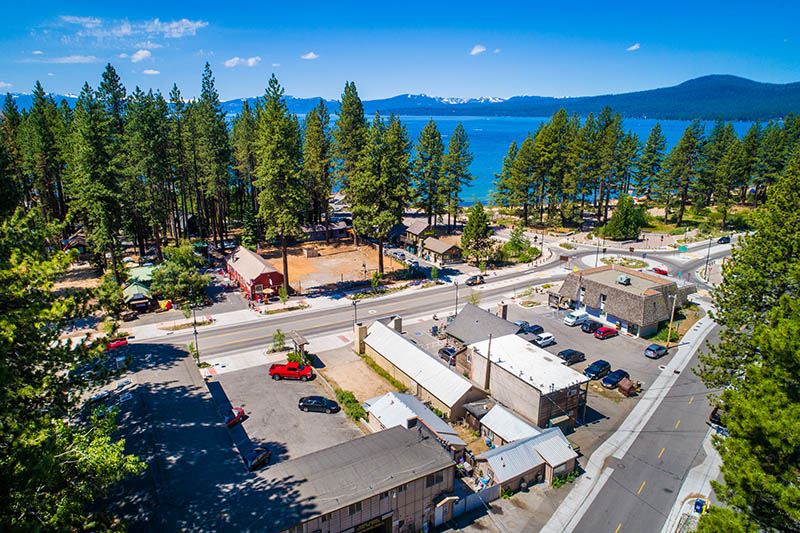 The Placer County Board of Supervisors today approved an agreement that could result in the development of the first new hotel in Kings Beach in decades.

In a 4-0 vote, the board approved a $3 million purchase and sale agreement with developer Kings Beach Center LLC, represented by Craig Clark, to redevelop Placer County's Kings Beach Center property in the Kings Beach town center. District 5 Supervisor Jennifer Montgomery was absent from the meeting due to illness.

The 3.5-acre parcel, on North Lake Boulevard and Salmon Avenue, includes vacant land and a series of residential and commercial buildings that are beyond their useful life. The property has long been intended for redevelopment as a mixed-use hotel project - a community vision affirmed through extensive public outreach as part of the Tahoe Basin Area Plan approved in 2016.

The development concept negotiated in the purchase agreement includes a hotel with 80 to 150 rooms, 10 to 40 condominiums, 15,000 square feet of retail space and 2,000 square feet of space for public use, with a library among the options being considered for that space.

Today's approval does not complete the sale of the property or approve the project, but sets the conditions for its eventual sale if and when a project is formally approved. Kings Beach Center LLC will be responsible for securing project permits and environmental approvals, a process involving extensive public review and comment opportunities on the project's design and amenities.

If a project is approved, Placer and Kings Beach Center LLC will share responsibility for relocating existing tenants of the property. The county would retain reversion rights to the property for three years after the closing of escrow, affording an opportunity to buy back the property at the $3 million sale price if a project is not begun within that time.

Placer began soliciting letters of interest to develop the property in April 2016, resulting in two submittals. Neither was determined to be consistent with the community vision for the site, though the Board of Supervisors approved county staff to negotiate with one of the parties, Laulima Partners LLC, for a proposal for just a portion of the property. Those negotiations did not result in an agreement.

Looking to validate that the vision for the site was an appropriate and attractive opportunity for developers, Placer contracted with the firm Jones Lang and LaSalle in May 2017 to conduct a feasibility study of the best use of the property. That study confirmed that a mixed-use hotel concept is its best use and estimated its land value at between $2.3 million and $3.5 million.

Since October 2016, when the formal request-for-interest window closed, Placer has continued to solicit interest in redeveloping the property, but no new offers were received until Clark submitted an unsolicited offer in October 2017. That offer was consistent with the community vision for the property, and the Board of Supervisors in November 2017 directed county staff to negotiate the offer, resulting in the agreement approved today.

Clark has partnered with Kalthia Group Hotels Inc. to form Kings Beach Center LLC to develop the project and the firm has begun consultation with local architecture, engineering and land use firms to bring forward a proposal.