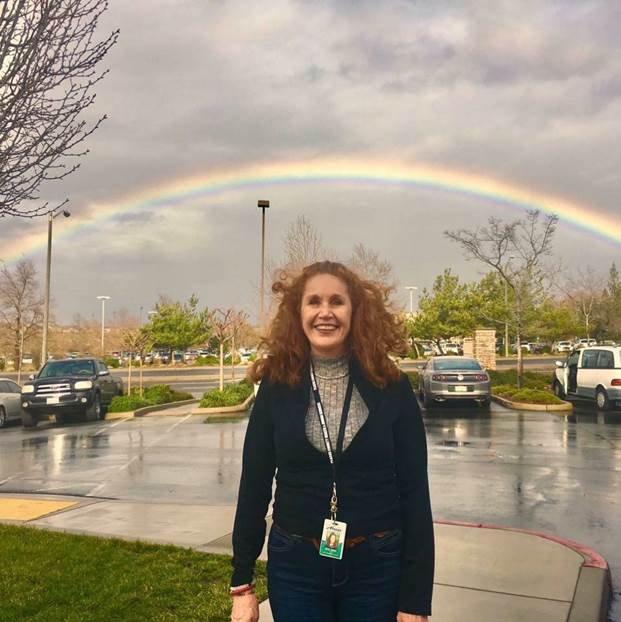 Betsy Jones’ desk was situated near the entrance of the intake room in Children’s System of Care offices in Rocklin. There, she was at the center of the action, checking in on colleagues who happened to walk by and asking for updates about their kids and families.

Her reach, however, extended far beyond the walls of that office. After she passed away in June following a battle with cancer, coworkers received a letter of condolence from the Roseville Police Department. The officers had never met Betsy in person, but had spoken with her countless times as she worked with them to navigate difficult child welfare cases.

“She was just a voice on the phone, but that letter really showed her impact,” coworker Kathleen Taylor said. “She had a lot of fans.”

Betsy spent more than three years at Placer County, first at the former children’s emergency shelter and later as an intake counselor in Rocklin, fielding calls from families, schools, hospitals, law enforcement and others with patience and understanding to ensure the safety of at-risk children.

“This is a tough job. Our staff encounter some of the most awful stories and reports,” said supervisor Scott Myers. “They're able to tolerate that and not get caught up in how they feel. Betsy exemplified the devotion of doing the best for children and families in Placer County. She was an absolute ray of light.”

“Betsy could make anyone she knew smile and you could always count on her to make you laugh,” said co-worker Shellie Hall. “She was always willing to help with whatever she could and she enjoyed being able to help others.”

The office where five intake counselors field calls is small, and staff are tight knit. They share ups and downs: Betsy had shared memories and handmade trinkets from her late sister, and rejoiced with co-workers at the birth of her granddaughter.

When she began experiencing health issues it was no different. In January, Betsy shared the news of her cancer diagnosis.

“She got a lot of strength in coming to work. They'd tell her to take time off, but she loved her job,” said Taylor.

Her team rallied around her, holding parties and making “I Stand Up For Betsy” shirts and bracelets emblazoned with her favorite saying: “Applying Love.” 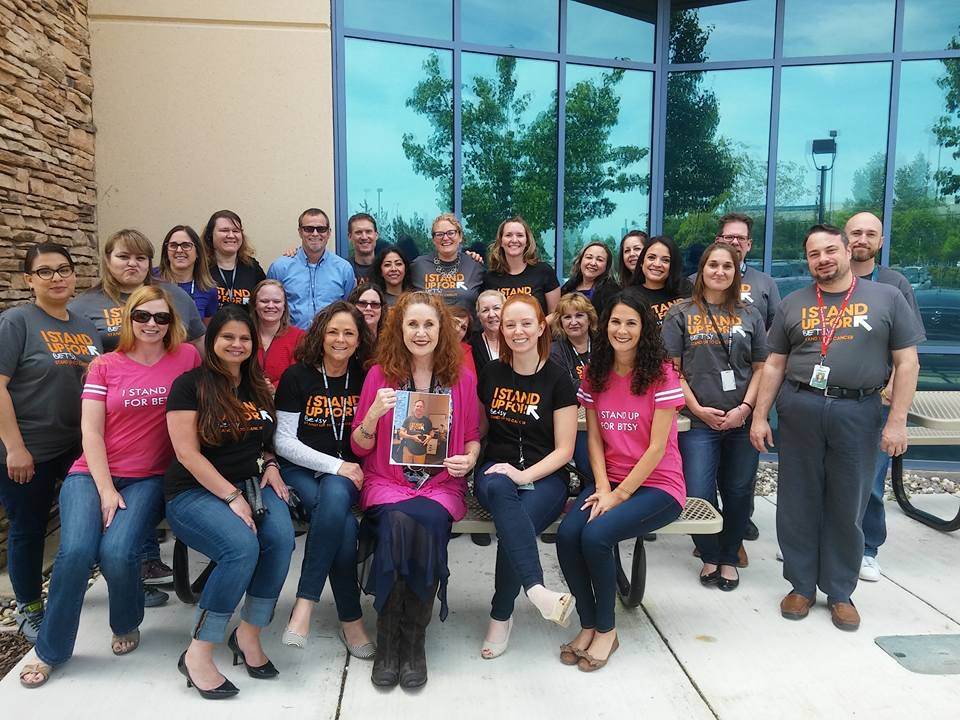 Then, the team decided to install a bench at their Rocklin workplace. After all, benches are for moments of quiet reflection — a perfect tribute to the woman who loved yoga and meditation. Supervisor Renee Verdugo spearheaded fundraisers and lobbied for permission to install the bench.

When Betsy’s illness progressed to the point where she was no longer able to come to work, Taylor sent her updates via text. On the first day of June, she wrote “We are all missing you terribly and thinking of you constantly … We just got approval .. to place our Betsy Bench here at work.” Betsy’s husband replied on her behalf that “it will continue on and on.”

A few days later, Betsy passed away. She was 59.

Her funeral was a packed house and hundreds of Betsy’s loved ones danced, meditated and watched a slideshow of her life.

In September, Betsy’s bench was assembled and installed at the Rocklin office. The entire Children’s System of Care team gathered for its dedication.

Taylor can see the bench out of her office window. It is a bittersweet reminder.

“Betsy had a presence here that you could feel was missing,” she said. “I like to see how many people sit down. It’s good; people stop and take a break there.”

On their wall hangs a collection of the “Applying Love” bracelets, modeled in the shape of a heart. It’s a motto that co-workers say they try to embrace each day in their work and in their lives.

“I think her legacy is about moving forward with positive intent,” said co-worker Wendy Pipkins. “Checking in with people, and putting yourself in somebody else’s shoes.” 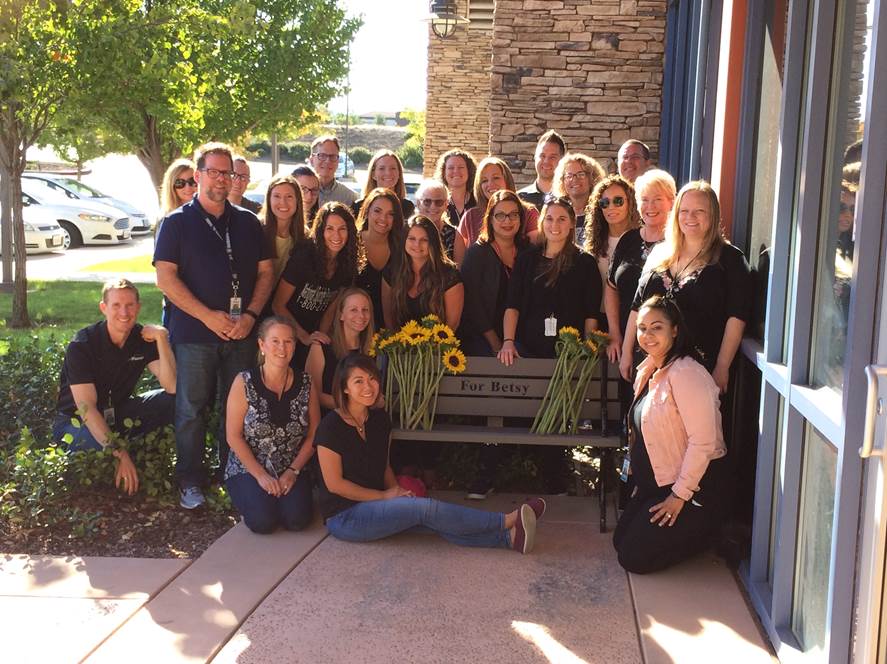