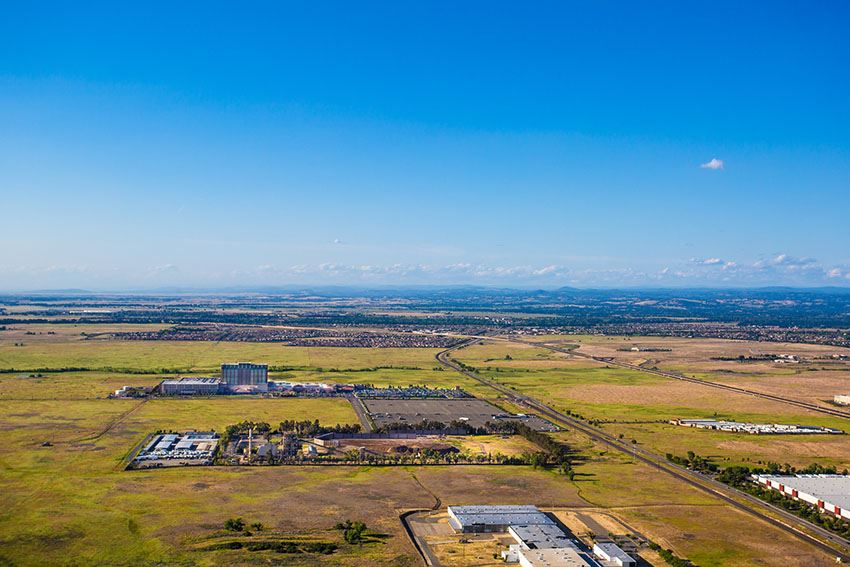 The approval follows the recommendation of the Placer County Planning Commission, which voted 6-1 in November to recommend that the board approve entitlements for the plans.

The Sunset Area is an 8,497-acre area in unincorporated Placer County between the cities of Roseville, Rocklin and Lincoln. Placer Ranch is a 2,213-acre development within the Sunset Area Plan, centered around a planned new California State University, Sacramento and Sierra College campus.

The goal of the Sunset Area Plan update, initiated in 2014, is to re-envision and re-brand the Sunset Area to create a unique employment, entertainment and education center that would provide regional benefit and create high-wage jobs for residents of nearby cities and unincorporated areas.

“This project creates one of the two biggest economic development opportunities for this county that we’ve ever seen,” said Board Chair Kirk Uhler. “We have a unique opportunity to develop a partnership that has been proven across this country - that when you combine higher education with land that has been properly zoned, you will fill it with jobs that pay your residents very well.”

The plan establishes new land use designations and zoning districts that provide a regulatory framework for future land development projects. It includes land use and zoning changes that would allow land use types including innovation center, general commercial, entertainment mixed-use, business park, eco-industrial and light industrial.

Land use and zoning changes in the Sunset Area Plan will also allow for workforce housing aimed at supporting the employment-generating uses. And more than 2,200 acres of open space will be permanently preserved on the north side of the Sunset Area, creating a buffer between development there and neighboring Lincoln and Rocklin. 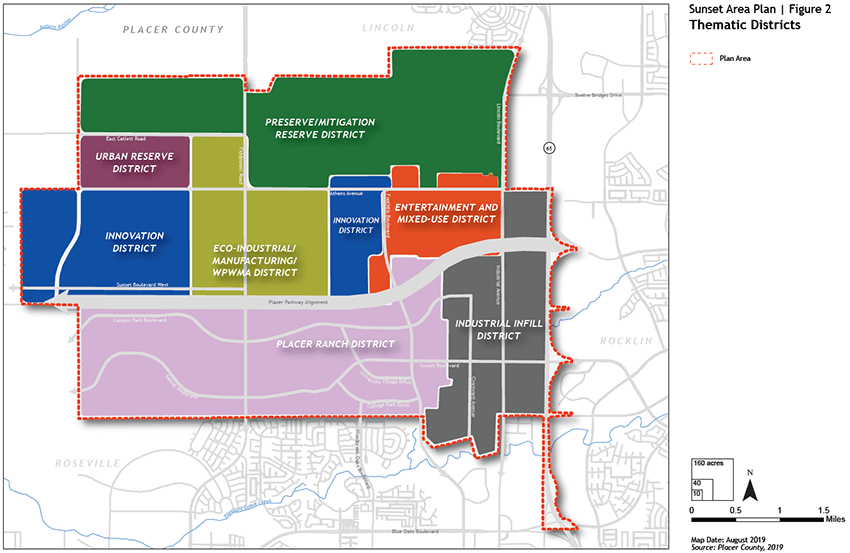 After Placer Ranch’s former developer withdrew its application from the City of Roseville in 2015, Placer County in 2016 decided to process the project on its own to continue the forward momentum for the Sunset Area overall. The cost to the county of the permitting process will be reimbursed by the project’s eventual developer.

The plan includes 300 acres of land planned for a future California State University, Sacramento satellite campus. At build-out, the school could support as many as 25,000 Sac State students. Sierra College may plan to locate a transfer center on the site to serve an additional 5,000 students. Ultimately, it’s envisioned that students will be able to begin their studies at Sierra College and complete four-year degrees at the same Placer campus. 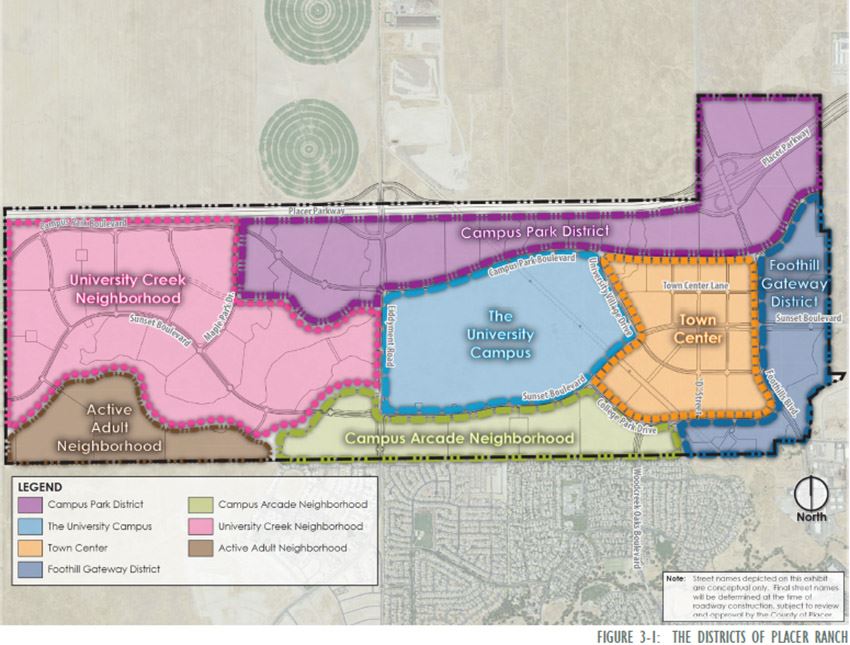 Together, the Sunset Area Placer and Placer Ranch Specific Plan are intended to create more than 55,000 new jobs, catalyzed by proximity to the university campus.

“We have the opportunity, with a firm offer to dedicate 300 acres to the California State University system, that has a clear pathway to get a satellite campus started,” said District 2 Supervisor Robert Weygandt. “It will in a huge way amplify job creation and economic development opportunities.”

Placer Ranch will include about 5,600 homes in a variety of density and price ranges; elementary and middle schools; approximately 330 acres of open space and parks; a town center with a vibrant, high-density residential and commercial mixed-use area; and a bike and trail network that ties into existing trails and connects the university campus with the schools, parks and neighborhoods.

Under the plan, 10 percent of homes built at Placer Ranch - a total of 564 - will be deed-restricted as affordable housing.

Sacramento State Vice President Jonathan Bowman and Sierra College President William Duncan both made comments urging approval of the Placer Ranch Specific Plan and reaffirmed their intentions to develop a satellite campus as part of the project. Representatives from the Greater Sacramento Economic Council and William Jessup University also spoke in support of the project.

“A university in our community would be a game changer and the economic benefits would be a terrific thing,” said District 1 Supervisor Bonnie Gore. “Because development in the Sunset Area is so close to Roseville it was especially important to me that we worked with the city to make sure it works for them, too. I’m really pleased that we worked together to address the issues they raised and that we’ve gotten to this place with them to move forward.”