The Placer County Fire Department is supported by the Grass Valley Air Attack Base (GVAAB) located at the Nevada County Airport in Grass Valley. The mission of GVAAB is to work cooperatively with multiple agencies to provide a safe, effective and efficient aerial firefighting operation that protects the people, property and resources of California.

The GVAAB is a strategic initial attack fire fighting base for fixed wing operations. It is part of a network of CAL FIRE firefighting aviation assets committed to having an aircraft over any new fire in the State Responsibility Area within 20 minutes of notification from dispatch and to provide follow-up aircraft as needed. Their fire protection goal is to contain 95% of all unwanted fires to 10 acres or less.

CAL FIRE operates the largest firefighting fleet of aircraft in the world and the GVAAB is one of thirteen air attack bases that partner with 11 helicopter bases.  Overall, CAL FIRE operates a fleet of 23 initial attack firefighting air tankers, 13 firefighting helicopters, and 13 air tactical aircraft to provide aerial command and control. The Placer County Fire Department is supported by CAL FIRE’s fleet of aircraft and its close proximity to Colfax and Auburn make it strategically located to protect the county’s foothills.

Throughout 2021, California battled over 8,300 recorded fires, burning over 3,000,000 acres, making it the second worst fire season in recorded state history. Working hand-in-hand with the ground fire response of yet another historic fire season was GVAAB.

With the majority of the fire activity in the northern portion of the state, GVAAB was ideally situated to respond to many of these fires. The base provided aircraft to the Dixie Fire, Caldor Fire, Monument Fire, and Beckworth Complex, some of the largest and most destructive fires of the 2021 fire season and in the record books of some of the largest fires in state history. 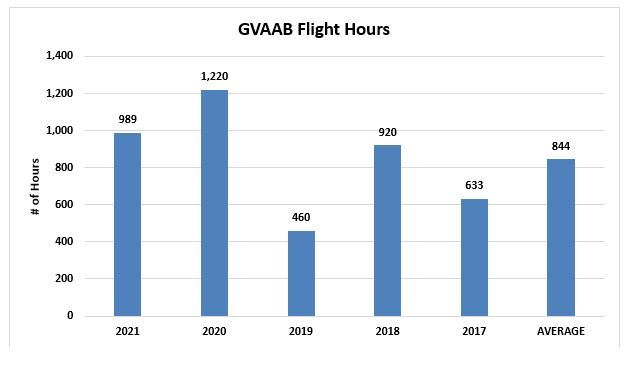 ba Placer Unit experienced an active fire season and is credited with quickly extinguishing the River Fire (2,619 acres) and Bridge Fire (411 acres) within Placer County. Both had the potential to become major incidents. With the coordination between ground and air resources, these fires were contained before they were able to grow and be added to the list of large destructive fires of the 2021 fire season.

Aircraft assigned to the base flew over 947 fire suppression missions in 2021 to support a total of 247 incidents of unwanted fire.

Aviation resources stationed at Truckee: Copter 1AA, a UH-60A+ Type I Blackhawk helicopter equipped with a 1,000-gallon tank. This helicopter is contracted by CAL FIRE from Heli-1 to provide quick initial attack and extended attack suppression on wildland fires. This helicopter has had performance upgrades that include the addition of more powerful 701D engines which allows the aircraft to deliver more water to aid in the extinguishment of fires. Copter 1AA will relocate to the Grass Valley Air Attack Base as weather conditions change in the fall and fire danger decreases in the higher elevations.

CAL FIRE is currently transitioning to the S70i Blackhawk helicopter from the older UH-1H Huey for rotary wing operations FirefightingAircraftRecognitionGuide2022 Opens in new window and is building its heavy airtanker program to include 7 C-130H 4,000-gallon air tankers to complement the 23 S-2 initial attack air tankers.

Resources stationed at GVAAB specifically include: Two Grumman S-2 Tracker air tankers capable of delivering 1,200 gallons of retardant, and one Rockwell OV-10A “Bronco” air tactical platform used for command and control in the airspace over a wildland fire. GVAAB is overseen by an air operations Battalion Chief, supported by 13 CAL FIRE personnel 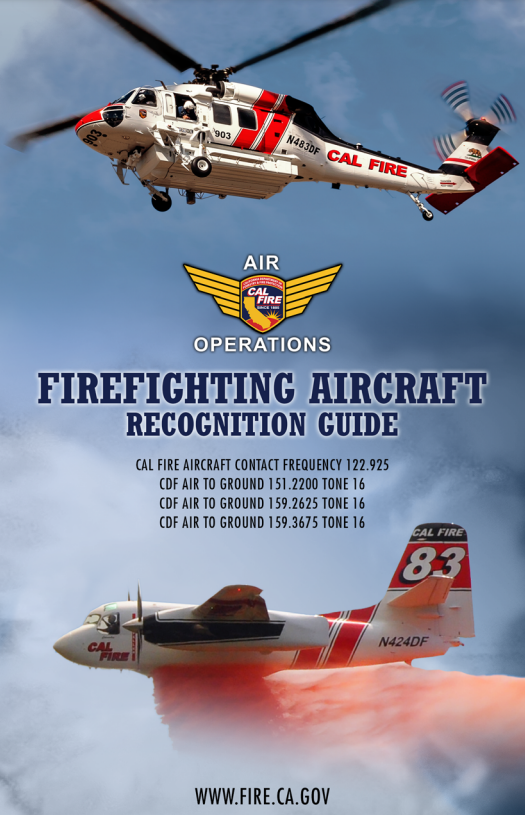 Resources stationed at Auburn Station 10 specifically include: Copter 6WL, a tanked Bell 212EP initial attack Type II helicopter. This helicopter is contracted by CAL FIRE and is based at this station during the fire season. The placement of this helicopter in Auburn has proven to be critical in initial attack response and success in the quick, decisive suppression of wildland fires. Either Copter 6WL or 1AA will be dispatched to every wildland fire within the unit.