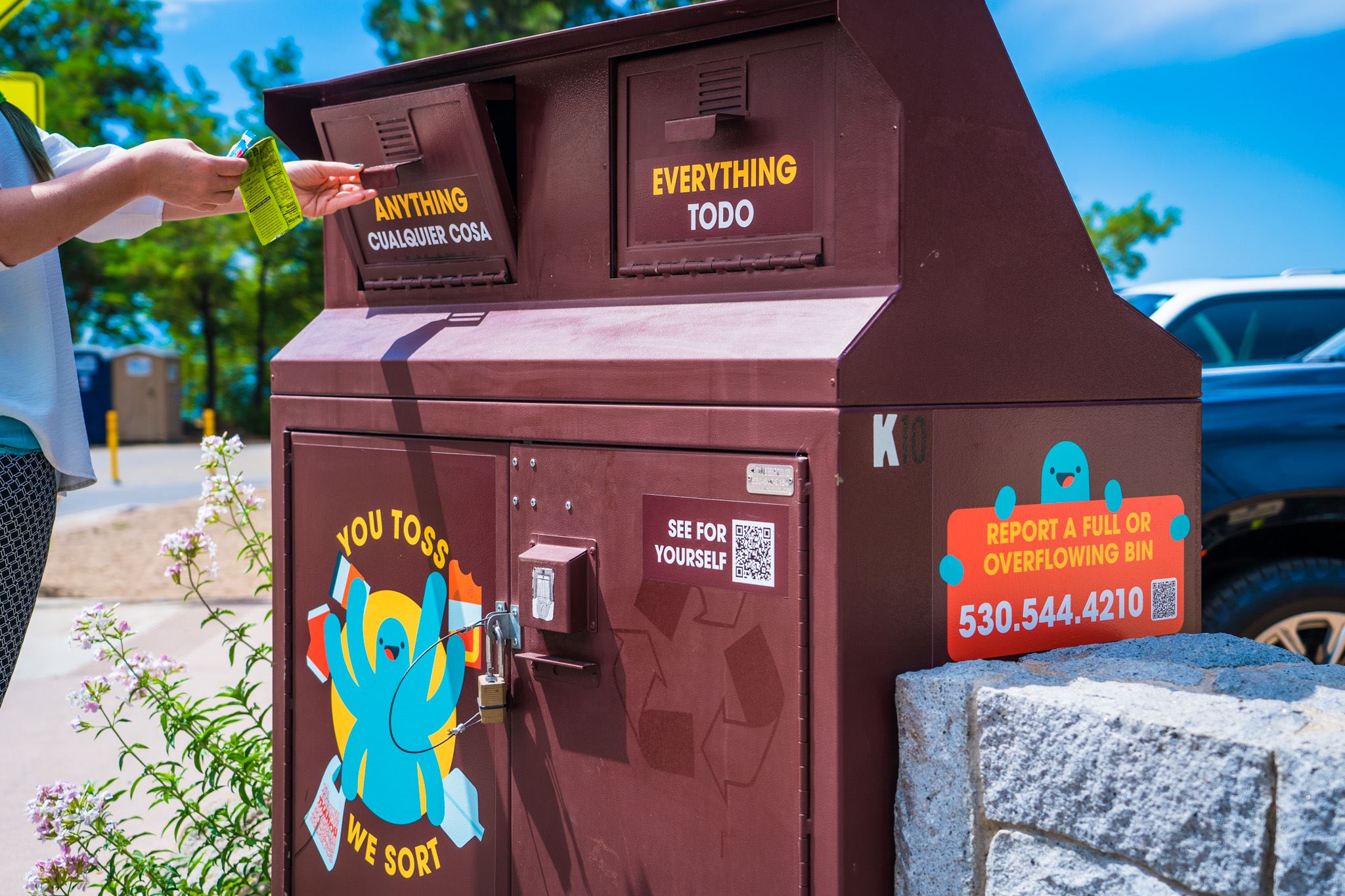 toss all of their trash into one public bin, which is consistent with the successful One-Big-Bin program.

The campaign educates people that all solid waste, including recyclables, is collected in one bin and then sorted later at the Eastern Regional Materials Recovery Facility, also known as “the MRF.”

“This awareness campaign is increasingly important as our North Lake Tahoe communities have experienced a major uptick in litter pollution,” said Placer County Board of Supervisors Chair and District 5 Supervisor Cindy Gustafson. “It’s important for people, especially visitors, to understand that they can toss trash and recycling into any trashcan and we’ll take care of the rest.”

Trash bins used to be divided and labeled “trash” and “recycle” on each side, which resulted in bins overflowing with refuse on the trash side of the bin while leaving the recycle labeled side empty.

The updated trash bins are now labeled “anything” and “everything”, and placed throughout Kings Beach and Tahoe City, which are heavily trafficked tourist areas.

The bins feature colorful graphics - a trio of dancing trash cans and the MRF monster.