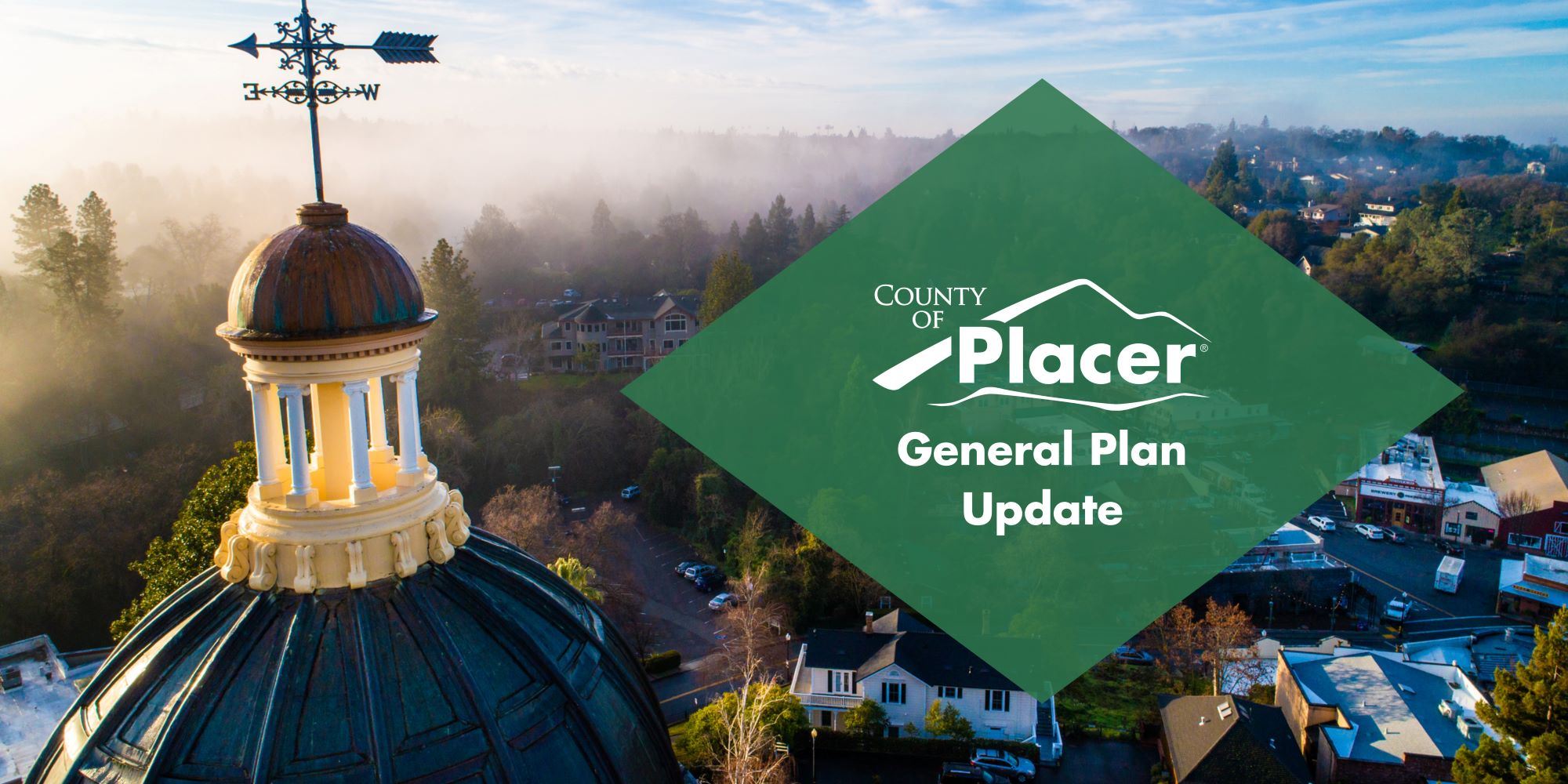 The County has elected to embark on the process of updating its General Plan, the road map that will shape the future of the county for the next 25 years. This website will provide information on community workshops, upcoming meetings, documents prepared for the General Plan update, and opportunities to be involved in the process and provide feedback on this very important project. We invite you to help shape the future of Placer County.

Sign up for updates by visiting the Get Involved! page.

Placer County is a community on the move. With a population over 400,000 people, Placer has been one of the fastest growing counties in the country. Stretching roughly 65 miles from the urban suburbs at Roseville, through the Gold Country Foothills, into the High Sierras of North Lake Tahoe all the way to the Nevada border, Placer County boasts of many amenities that make it first choice for families, students, professionals, entrepreneurs, business, and industry. 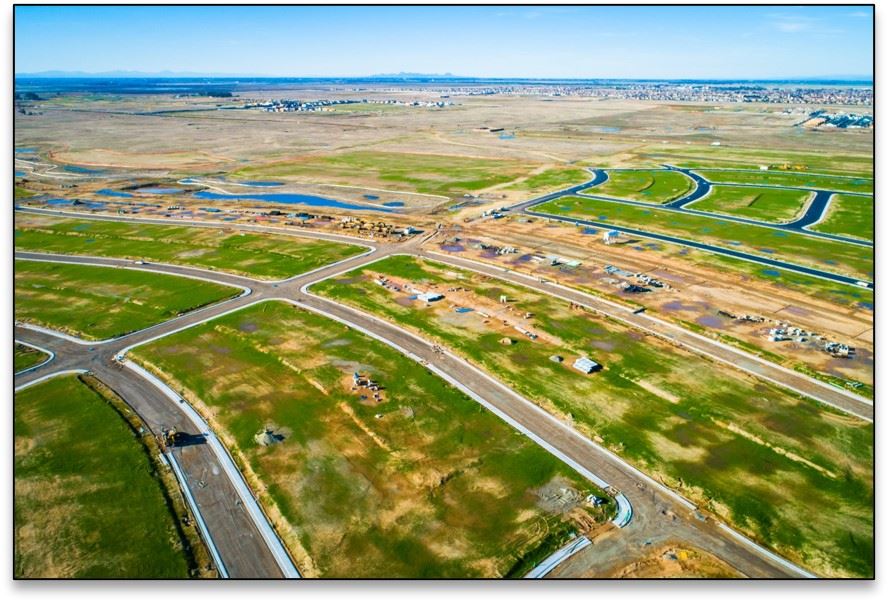 The state of California requires that counties adopt a General Plan to guide their long-term physical growth and development. The County’s General Plan was last comprehensively updated by the Board of Supervisors in 1994. A policy update was completed in 2013. The General Plan is comprised of nine (9) elements that provide a comprehensive goals and policies upon which the County’s Planning Commission and Board of Supervisors base their land use decisions.

The General Plan holds the community’s vision for the future and is an expression of how the community wants to grow and change. A general plan update provides an opportunity for all Placer Countians to work together to create a visionary blueprint for the future of our County. Once approved, the Placer County 2050 General Plan will guide the development of our County for the next two decades.

On November 29, 2022, the Board of Supervisors provided direction for County staff to initiate an update to the Placer County General Plan. The entire work program is projected to take approximately four to five years. Based upon the Board's direction, staff will return at a future date with a formal work plan for adoption, as well as a detailed accounting of estimated costs for implementing the work plan.

By statute, the General Plan is required to be updated periodically. While there is no requirement for how often to update the General Plan, the planning period has traditionally been 15–25 years. Some cities and counties update their general plans as often as every five years, while others update in portions over time mainly due to budgetary and staffing limitations.

The Housing Element is the only chapter of the General Plan that is required to be updated every eight years by the California Department of Housing and Community Development (HCD).

A variety of factors contribute to the need to update the General Plan. Communities seldom stand still; they are continually growing, changing, and evolving. The county General Plan no longer reflects current conditions, nor does it directly address many of the issues now facing the county and the region. 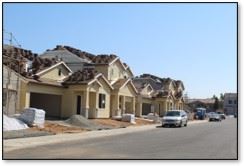 New laws affecting General Plans have been passed, new social and environmental issues have emerged, and new and innovative planning strategies have been developed. Additionally, the county has grown and changed with significant development and population growth particularly in western Placer County, there have been frequent amendment requests due to development pressure, new growth has strained infrastructure, and housing affordability has become a significant issue. With these changing conditions, priorities have changed.

An update is needed to keep the plan topical and relevant to changing conditions. Placer County’s current General Plan was last comprehensively updated in 1994. The 1994 General Plan laid the groundwork for two specific plans: Placer Vineyards and Bickford Ranch, both of which are currently under development.  The Placer Legacy Open Space and Agricultural Conservation Program (Placer Legacy Program) was also a result of the 1994 General Plan.

In 2013, a focused update of the General Plan was completed and adopted.  The objective of this update was to keep the county’s plan current by making adjustments to reflect changes in conditions and to incorporate state law and local policies and programs. The targeted update consisted of technical modifications to the policy document, including revisions to diagrams, goals, policies and programs. Land use designations, the land use map or the Capital Improvement Program were not changed in 2013.

One of the more significant changes has been the 2020 adoption of the Placer County Conservation Plan (PCCP). The purpose of the PCCP is to protect and enhance ecological diversity and function, including aquatic resource functions and values, in the greater portion of western Placer County while allowing appropriate and compatible growth. 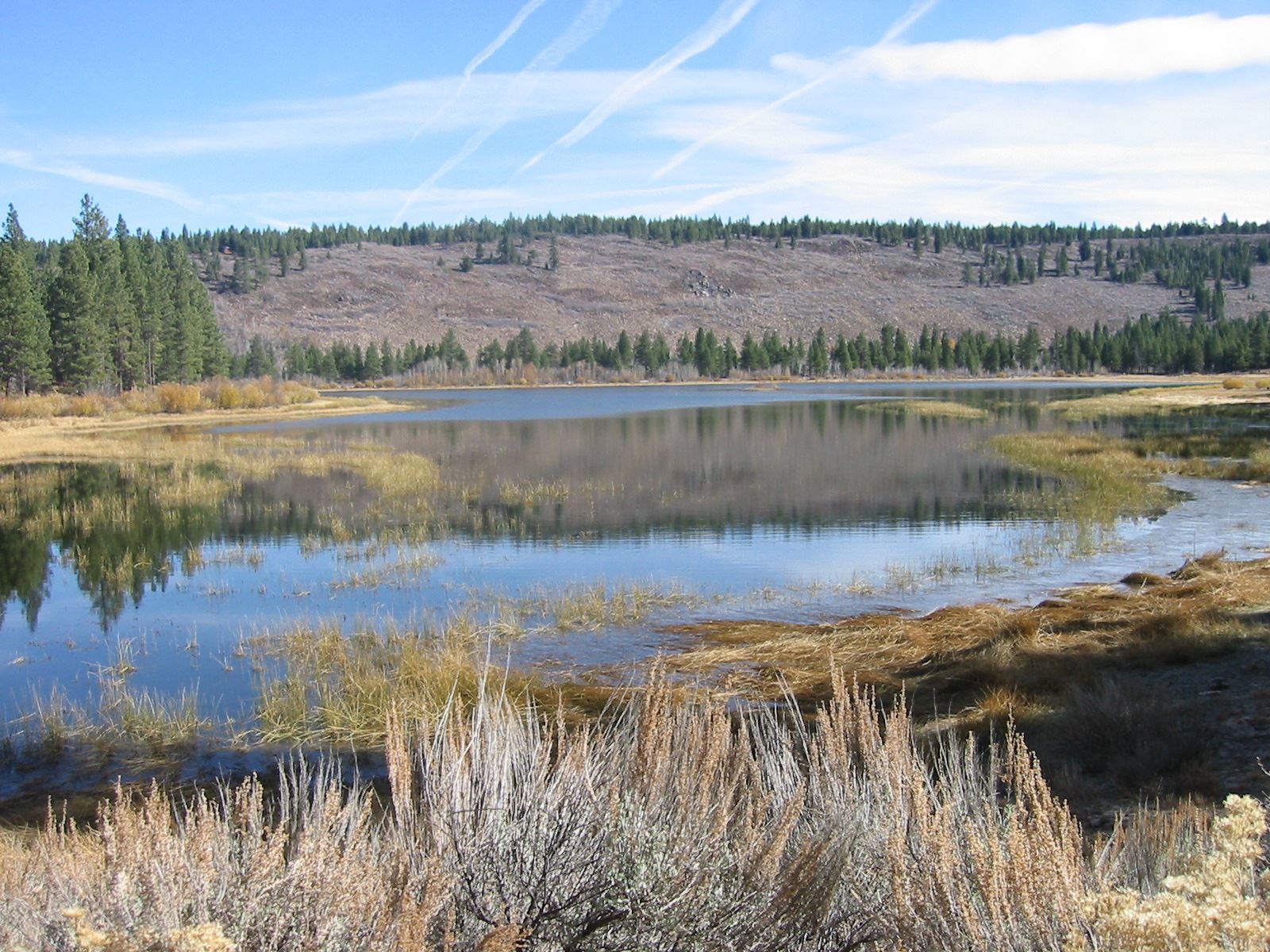 The first step in preparing a General Plan Update for a county of this scale, with multiple distinct communities and numerous anticipated focus topics, is to establish an achievable scope. What will be the focus of the update? Which policy guidance is most crucial to allow our communities to thrive? How do we best protect and cultivate what we hold dear?

To build broad acceptance of the next General Plan, and to complete the plan within a reasonable timeframe and on budget, the scope must be meaningful and manageable. The short-term work plan includes seven tasks: