Specifically, Vogel was arrested for luring and engaging in lewd acts with a child at an Auburn park in 1999. Upon his arrest it was found that he had engaged in similar behavior in five other counties across the state. He had over 1,200 child sexual abuse images on his person at the time of his arrest.

In 2004, Vogel was found guilty of nine counts of lewd and lascivious acts against a child under the age of 14, as well as other related crimes.

“Inmate Vogel was a prolific predator,” says the Parole Case Division prosecutor. “His decision to travel to different areas to execute his crimes show an accelerated level of sophistication. Equally horrific, this inmate does not seem to think he has a problem. We are glad to see the California Department of Corrections and Rehabilitation deny his parole.”

During the hearing, Vogel’s crimes and rehabilitation efforts were discussed. It was found that he denies having any issue with pedophilia, which has “hampered his rehabilitation”. Further, it was reported that he has engaged in minimal programming related to his issues.

After the hearing, the California Department of Corrections and Rehabilitation parole board decided to deny parole for William Vogel for three years.

The Board of Parole Hearings conducts parole suitability hearings and nonviolent offender parole reviews for adult inmates under the jurisdiction of CDCR.

Placer County District Attorney’s Office Lifer Parole Case division supports victims, next of kin and residents of Placer County by appearing at parole hearings, at the institution or via video or audio conference from their office at the Santucci Justice Center. The division prosecutor represents the People’s and victims’ position at parole hearings, while working with the Victims Services Unit to ensure victims’ Marsy’s Rights are protecting during the parole hearing process.

During the parole process, victims are contacted and supported by the victim services unit. Should their contact information change, this can hinder the unit’s ability to contact the victim. If someone has been a victim of a crime and wants to continue to be a part of the parole hearing process, they need to fill out the CDCR 1707 form. 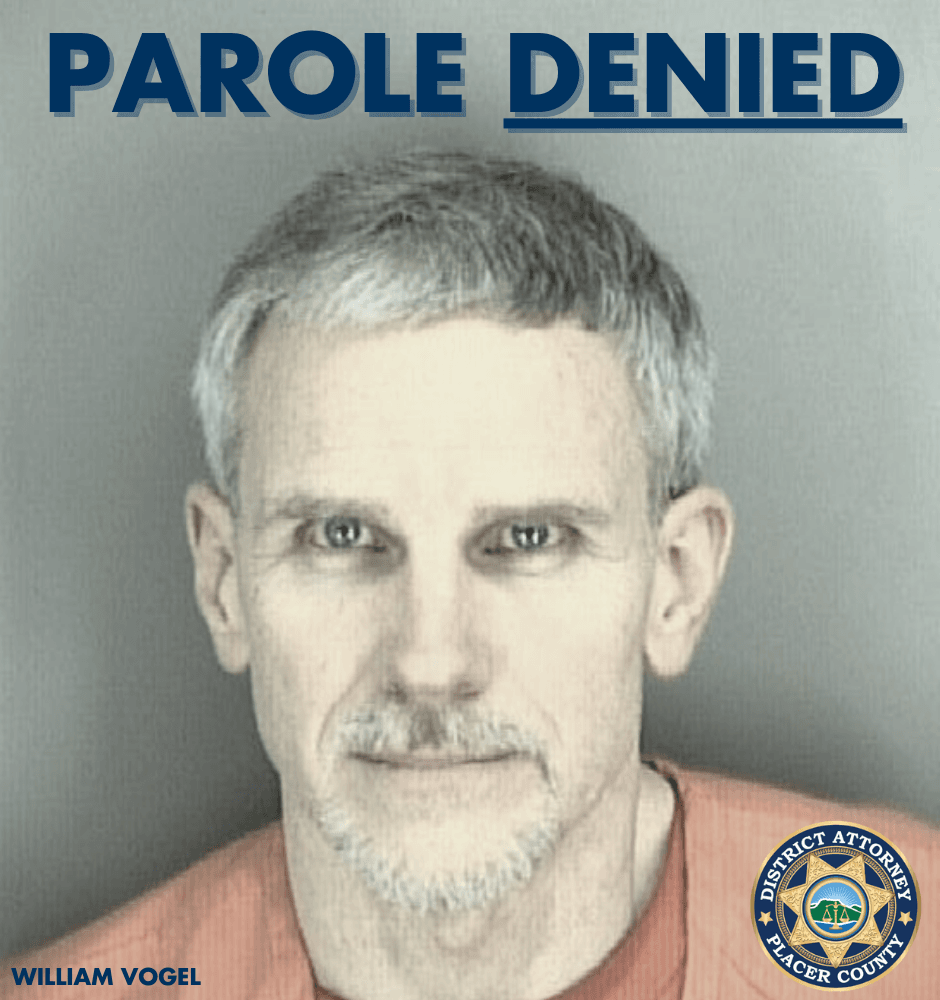