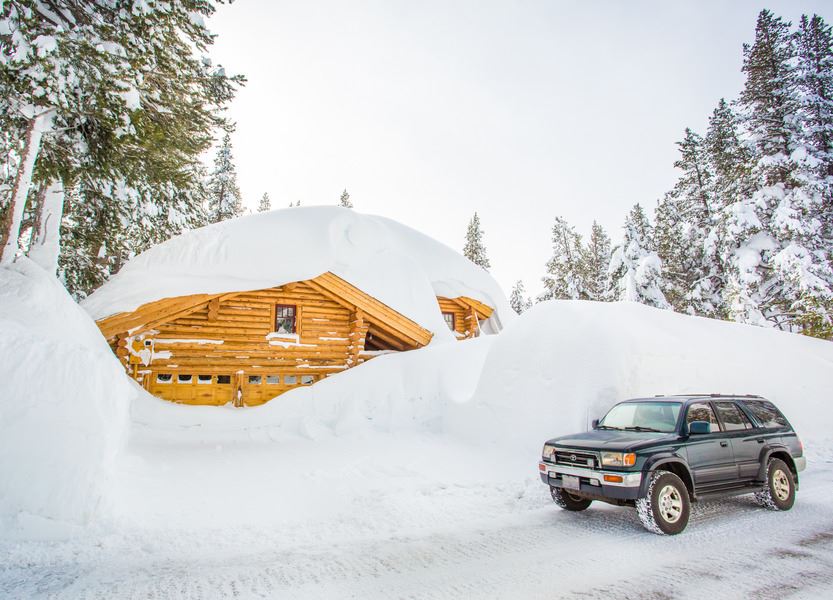 With the potential for snow buildup on buildings and systems, Placer County public safety agencies are advising residents and businesses in the Sierra Nevada to monitor buildings, propane tanks and natural gas lines for signs of excessive loading due to heavy snow.

Vents, chimneys and flues should be checked for blockages from snow build-up. These systems need unobstructed access to outside air to properly ventilate. Blockages can lead to carbon monoxide buildup in buildings, creating a potentially unsafe interior environment. The heavy snow may also cause chimneys to shift, creating potential falling hazards.

Particular attention should be paid to buildings constructed before Placer County adopted snow-load standards in the Sierra in the early 1960s. While construction standards since that time consider average snow accumulation, exceptional snow accumulation may exceed design limits creating a potential risk.

“When in doubt, have a qualified professional check it out,” said Chief Building Official Tim Wegner.

Propane tanks and natural gas lines should also be properly cared for because deep snowpacks can damage pipes, valves and tanks, leading to leaks. A technical tidbit: propane is heavier than air and settles, while natural gas is lighter than air and rises.

Anyone who smells propane or natural gas inside or outside a building should call 911 immediately. They also should avoid smoking, starting engines or motors, turning on cooking appliances, using heating and air-conditioning systems or using other ignition sources.

If there is any doubt about the integrity of a roof in extreme snow conditions, the building or area should be evacuated until professional advice can be sought.

Generally, residents and business owners are not encouraged to try to clear roofs with a heavy snow load. Potential dangers include injuries caused by falling snow; roof damage caused by removing snow from some areas, but leaving heavy snow loads in others; unbalanced unloading of the snow that can create unstable conditions and potential building collapse; and electrical hazards from coming into contact with overhead power lines and electrical service drops that are no longer visible or too close to the walking surface.

Residents and businesses concerned about the snow loads on roofs are encouraged to seek the advice of California licensed roofing/general contractors or California registered engineers.

For homes at elevations above 5,000 feet, residents and businesses with questions about propane should contact either their propane suppliers or local fire agencies. For natural gas questions, contact suppliers or California-licensed plumbing or mechanical contractors.

Safety tips for the proper care of propane tanks during severe weather are on the county website. The website also contains advice for natural gas users to follow when they smell gas odors.

Placer County recommends that property owners and managers keep contact information - including home and cell phone numbers - current with gas suppliers, homeowner associations and neighbors. In a gas emergency, it is important that emergency personnel be able to contact affected property owners.

Operating generators during power outages and alternative heating can also create problems if not used properly. When using portable generators, keep them outdoors and far away from open doors, windows and vents to avoid a build up of toxic levels of carbon monoxide indoors.