AUBURN, Calif -- Since the addition of a new artifact dating back approximately 50 million years, the files are no longer the oldest commodities in the Placer County Community Development Resource Center. 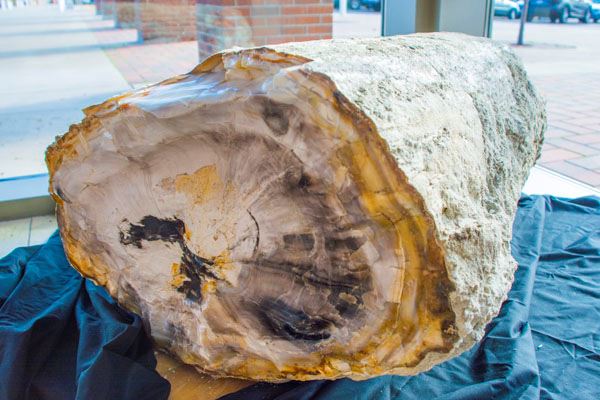 The specimen of petrified wood, found in Granite Bay during a roadway widening project, weighs nearly 900 pounds, is close to three feet in diameter and, according to geologists from Sierra College and the University of California, Berkeley, is believed to be a laurel tree.

During the Eocene Epoch of the Paleogene Period, the Central Valley was part of a large seaway. But when the sea levels began to fall, debris in the waters sank and sediments were deposited in place.

As this sedimentation formed along the western edge of the Sierra Nevada, it created the Ione Formation.

Recent deep-trenching required for the widening of Eureka Road exposed a part of the lower-most section of the Ione Formation where more than 10 fossilized logs were discovered.

This tree is suspected to have originated in the Chico area before it floated downstream and was deposited in Placer County.

Thanks to the property owner, Stephen Patterson, two of the logs have been provided to Placer County.