Placer County Offers ‘Suite’ New Place to Say “I Do”

It’s truly a labor of love.

They come wearing pajamas or decked out in all their finery and delivered by a limousine. Some arrive with a reservation and some just walk in.

A rotation of eight staff members of Placer County’s clerk-recorder-registrar’s office performs civil marriages for upwards of 450 couples each year. Now, in a newly-decorated room in the finance and administration building in North Auburn, they can perform the marriages in a private and intimate setting.

In the past, indoor ceremonies were held in the rotunda or against a wall near a service counter. Larger wedding parties were shuffled into a conference room when one was available. These venues were more public than private. During warmer weather, many ceremonies still take place outside in a small garden setting behind the building.

To give couples a more personal, indoor place to marry, staff remodeled and transformed a room adjacent to the clerk’s public counter into the wedding suite. It was painted, seats and benches installed, decorations placed on the walls and columns and lace put in as a focal spot for the ceremonies. 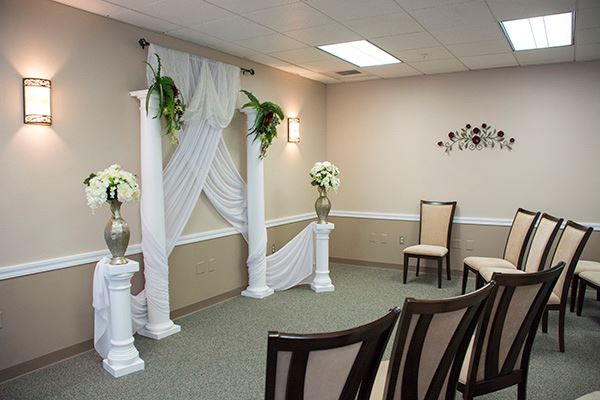 “If we are charged with performing these ceremonies, we should have a comfortable space that meets the needs of the public,” said Ryan Ronco, assistant recorder-registrar. “People come here for a meaningful ceremony and a conference room didn’t do it justice.”

Some come in to be married with a sense of urgency as one is a member of the armed forces and being deployed hours after the marriage. Even with the options available in the building, staff makes unusual accommodations. One ceremony was performed in the parking lot in the car of a person who was too ill to walk into the building.

One groom who was stationed in Afghanistan could not be in Auburn for his wedding. Through a special state procedure he was able to sign, notarize and return a special military power of attorney to the clerk’s office, appointing his best friend to stand in for him as the groom. Just before the ceremony, the family was able to get him on a video link where he could see his bride and join his wedding ceremony from thousands of miles away.

The new wedding suite has been in operation for a few months and is but one amenity in the clerk-recorder’s wedding toolbox. Every county clerk in the state performs civil marriage ceremonies and issues marriages licenses. But beyond that, Placer County’s office has evolved into a one-stop shop for marriage ceremonies. The list of available items includes rings, bouquets, boutonnieres, keepsakes such as photos and videos of the ceremony, interpreters for non-English speakers and even the state-required witness to the ceremony. 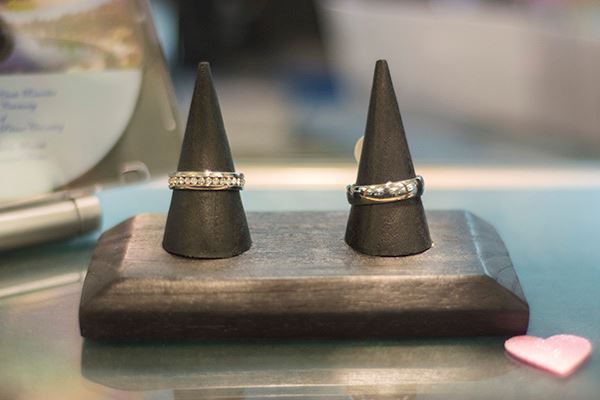 Couples also can weave their own personalities into their marriage ceremonies. One couple brought all of their teddy bears to serve as ceremonial witnesses. They still visit the office on their anniversary to show staff their appreciation.

With the recent decision by the U.S. Supreme Court allowing same-sex marriage, the clerk’s office has seen numerous couples who are now able to say “I do” after sometimes decades together.

Weddings on particular days have significance to some participants. Lucky 777 (July, 7, 2007) was wildly popular. Additionally, sequential calendar dates such as Oct. 11, 2012, brought in couples who wanted a ceremony on those particular days.

“We get maybe three couples a week who walk in to get married and we have the staffing to handle them,” said Sheri Kasza, supervisor for the clerk’s office. “We’ve never turned anyone away.”

The county clerk’s office assists with all life events for their customers: births, deaths, marriage and a host of other duties. However, there is something special about the ability to perform marriage ceremonies and experiencing the union of two people in love. Each couple is special and each situation unique, from couples arriving in costumes on Halloween to those toting red hearts on Valentine’s Day.

See more photos of the wedding suite on Flickr.